Visit by the President of the Lombardy region Roberto Maroni

Roberto Maroni made a stop at the Palazzo during the Mantuan leg of his series of meetings to implement the protocol relating to the passage of some provincial roads to the new regional network, from an agreement between Anas and the Regione Lombardia. Attending with Maroni were the councillors Gianni Fava and Anna Lisa Baroni.

Prior to his meeting with the President of the province Beniamino Morselli, Maroni visited the headquarters of the Voce di Mantova newspaper, on the first floor of the tower, and then granted an interview in the main floor during which he reaffirmed the commitment of the region on the issue of roads and attention to the referendum on autonomy.

There was the opportunity to have a brief exchange with President Maroni between his interview, tracing back the history of the family, which is rooted in the heart of Lombardy, prior to the creation of the branch that settled in Mantua, on the outskirts of the Lombardy which the current regional government has shown to hold dear and to want to integrate more and more into the regional infrastructure. 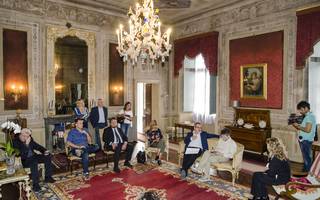 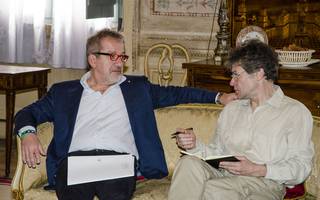 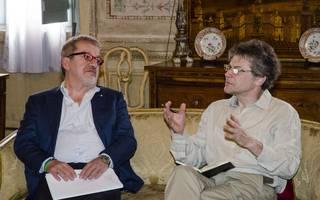 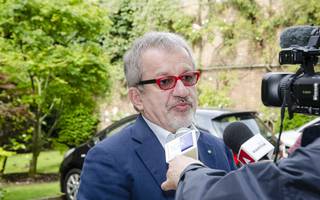 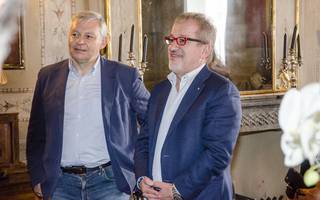 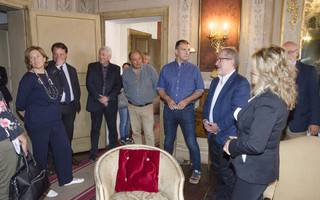 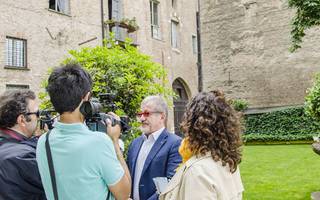 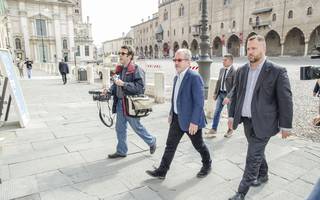 Would you like to stay at Palazzo Castiglioni?
Send us a booking request!